Established in Gdansk - Poland in 2002 by French businessman Francis Lapp, the Sunreef Yachts shipyard is the world leader in designing and manufacturing of luxury custom made catamarans and catamaran - superyachts with over 60 ft in length.

The company has the knowledge, experience and technical background necessary to manufacture unique multihulls of the highest quality composite using the most advanced technology practiced in the yachting industry today. 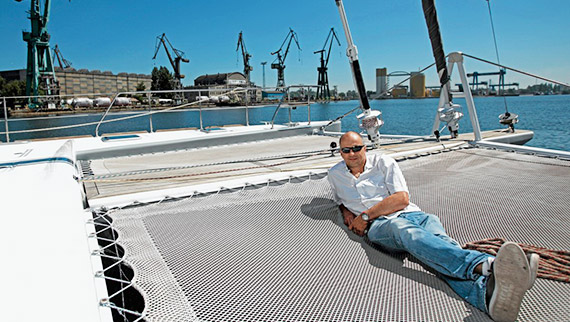 Each Sunreef bespoke catamaran is designed in great detail by Sunreef in-house interior and naval architects as well as engineers for the most demanding customers and delivers the best in comfort, living, and safety.

Every yacht boasts high-performance sailing, luxury tailor-designed accommodation, extensive living space, long (Atlantic) range and innovative design features. Thanks to the large distance between their two hulls and proper weight distribution, Sunreef catamarans are much more stable than monohulls. These vessels are regarded by their users as real floating villas. They are significantly wider so they can even double the living space of a monohull. With exceptional space and great stability, all Sunreef Yachts make spending time aboard nothing but pleasure. The features of Sunreef units together with designs that are fully customizable and prepared upon individual request, confirm Sunreef Yachts position as the undisputed pioneer in luxury catamarans. Up till now the shipyard has launched almost 90 super sailing and power units for individual requests.

Sunreef Yachts excellence emanates not only from all of its satisfied customers but also the numerous nominations and awards it received from the most prestigious industry contests held all over the world:

♦ Most Spectacular Entry to China of the Year 2013 (award received at SIBEX, Shenzhen International Boat Show 2013),

♦ World Yacht Trophy for Entrepreneurship of the year 2013,

♦ Sunreef 102 IPHARRA titled as the finalist of Showboats Design Award 2011,