OCEA became established in 1987 in Les Sables-d'Olonne by taking over the Pouvreau shipyard, which was founded in 1934. Over the next decade, the company strengthened its shipbuilding business. In 1990, it acquired Union & Travail, another historic shipyard in Les Sables-d'Olonne founded in 1917. Five years later, OCEA acquired Le Bastion. In 1996, OCEA opened a second site in Saint-Nazaire specialising in the construction of high-speed vessels. The company continued to grow by acquiring a third site in 1999 in Fontenay-le-Comte, this time designated for hull manufacturing.

The 2009 acquisition of the Gamelin shipyard, specialising in the construction of aluminium passenger vessels, gave OCEA a fourth site in La Rochelle.

In 2012, OCEA launched a major overhaul of its production facilities, a large part of which were devoted to the construction of the new site in Les Sables-d'Olonne. The upgraded facilities now enable OCEA Yachts to build custom units up to 85 metres.

In 2000, a seasoned shipowner and naval architects Michel Joubert and Bernard Nivelt were looking to build a yacht capable of sailing to far-off destinations over long periods. They naturally turned to shipyards specialised in reliable, well-made professional boats, and chose to entrust OCEA with the project.

It was from this meeting that the 30-metre OCEA Classic known as Espiritu Santo, was born, delivered in 2002... and how OCEA Yachts, OCEA's department specifically dedicated to motor yachts, came about.

Since then, OCEA Yachts has delivered eight other motor yachts: 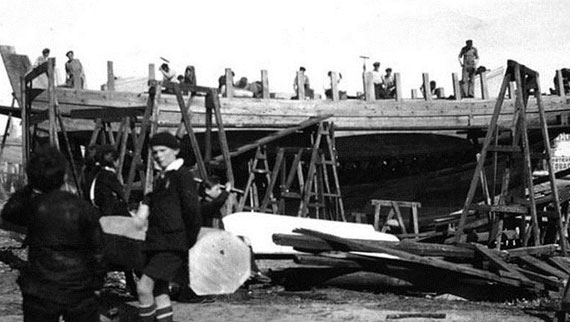